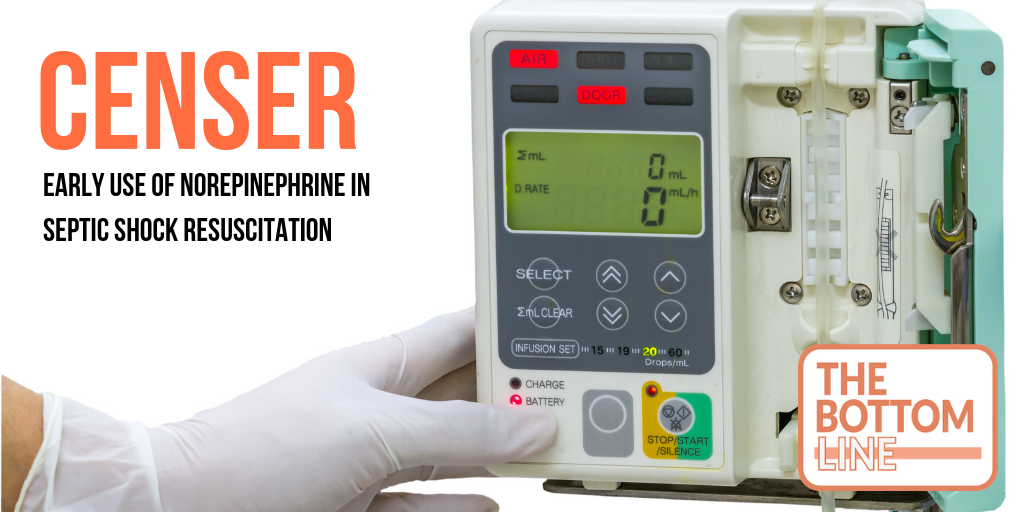 CENSER: Early use of Norepinephrine in Septic Shock Resuscitation