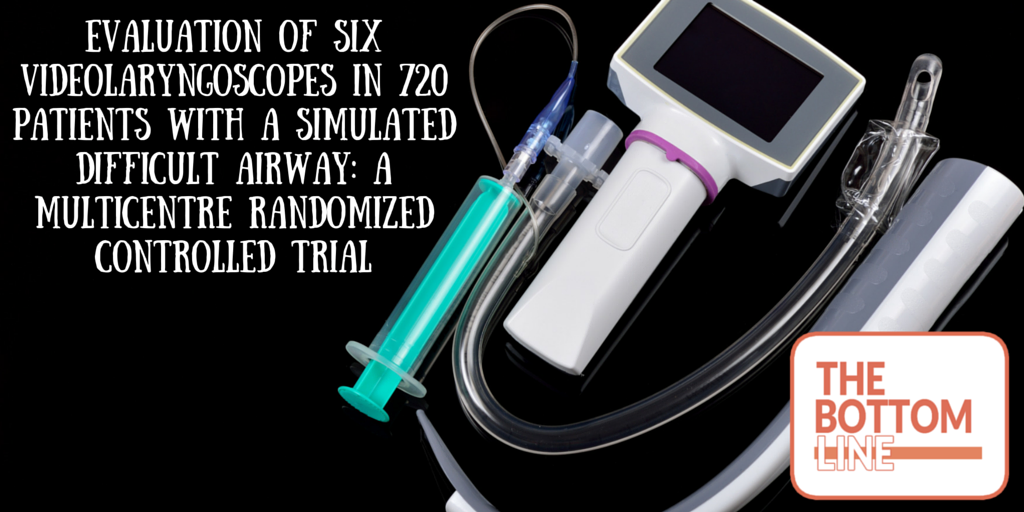 Evaluation of six videolaryngoscopes in 720 patients with a simulated difficult airway: a multicentre randomized controlled trial

Successful intubation was defined as placement of the tube in the trachea within 180 s, confirmed by end-tidal carbon dioxide

Two intubation attempts with the randomised videolaryngoscope were allowed. The study was terminated once tracheal intubation was achieved, after two unsuccessful attempts, or when airway injury, bronchospasm, technical failure of the videolaryngoscope, or a reduction of oxygen saturation below 90% occurred

We did not include a standard Macintosh laryngoscope with direct laryngoscopy because it is known that in patients with difficult airways videolaryngoscopes are superior regarding intubation success rates, glottic view, and rates of difficult intubation