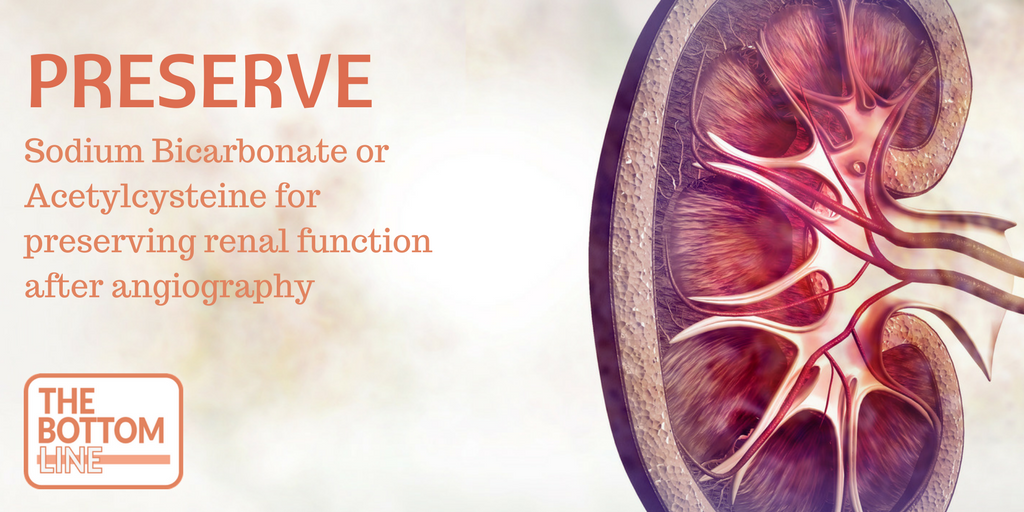 Outcomes after Angiography with Sodium Bicarbonate and Acetylcysteine