Weekend hospitalization and additional risk of death: an analysis of inpatient data 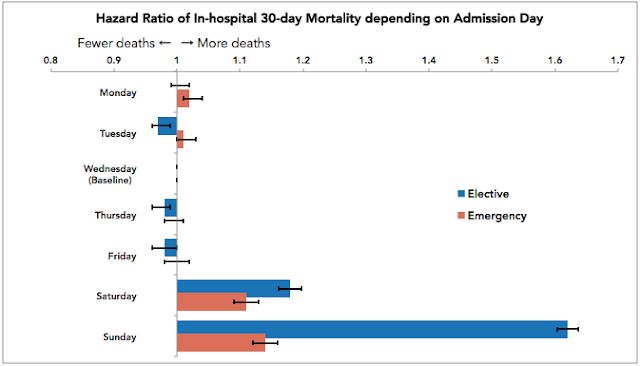 SM, DC and DS are all intensive care doctors. SM is a consultant and DC and DS are senior registrars. All participate in a rota for weekend working, with the same number of consultants working on a weekend vs. weekday. All three run this website as a free educational resource, funding it themselves, and writing reviews on their days off.

CB is a consultant in intensive care medicine in Australia