It’s a pleasure to be speaking at WICS 2019. I will be producing notes here to support my talk later today. This will include a narrative of my slides, a little more depth of content and links to all the trials.

In short, here are my 6 key statements:

Enjoy the meeting and tweet me some questions: @DuncanChambler

This talk builds upon a talk I delivered last year at the British Association ofIndian Anaesthetists’ annual meeting in Newcastle. You can read my blog post and 6 key statements from that talk. In that presentation, I presented the latest research through a hypothetical patient called Geoff.

I work in a small DGH on England’s South Coast. I’m therefore going to interpret the evidence according to the biases I have. My key statements in this talk are just my opinion – they are not necessarily the truth and should not be taken as fact. It is up to you to decide your own opinion.

Nigel is 45 and has Influenza A. He’s felt unwell for a few days and is now breathless. He gets admitted to hospital via his GP and ultimately ends up on Critical Care with hypoxia.

There are many aspects of Intubation that I could talk about. Recent trials have investigated checklists, ramped position, cricoid pressure, mask ventilation during induction. But the question for today is about video-laryngoscopy. Should it be used, compared to conventional direct Macintosh laryngoscopy?

The macman trial, conducted across France compared McGrath VL against Macintosh DL in nearly 400 Intubation. Pre-oxygenation, induction agent (ketamine or etomidate), paralysing agent (suxamethinium or rocuronium) and cricoid pressure application we’re up to the discretion of the clinicians at the bedside

The primary outcome, first pass success, was not different between the groups. First pass success was about 70%. The view was better with VL, but Intubation was harder and took longer. There were more critical events with VL.

So my conclusion is that VL is not better than DL. That said, my preference is still to use it because it is not worse and it offers benefits across the team (others can see the screen).

To tolerate the procedures the team perform, Nigel needs sedating. Traditionally this would have been Morphine and Midazolam. Usual practice now is Propofol and Fentanyl / Alfentanyl. Interest has been growing in centrally acting alpha-2 agonists, such as Clonidine and Dexmedetomidine.

The recent SPICE 3 trial investigated early Dexmedetomidine compared to “usual care” for early goal-directed sedation. The multinational trial randomised 4000 patients and concluded that Dexmedetomidine did not improve mortality, with mortality being around 30% in both groups. Interestingly, 64% in the Dexmedetomidine group still required propofol to achieve ideal sedation.

So I conclude that Dexmedetomidine should not be used for early sedation as a primary agent, but I still hope to use it for subgroups and weaning.

Ventilation and oxygenation has been difficult

Nigel has a stormy course. His oxygenation gets worse before getting better. The team discuss proning, paralysing (ROSE trial coming soon on TBL), OLV, APRV and conventional ARDSnet strategies. They muddle through and Nigel improves. They try a Spontaneous Breathing Trial but Nigel fails. This leads to the question of what to do next. Should they wean with the tube in, or should hey wean via non-invasive ventilation?

The BREATHE trial attempted to answer this question. Due to recruitment and funding issues, the planned 920 patients became a much smaller sample of 364 patients.

Within this complex trial, patients that failed an SBT were randomised to either extubation and weaning with NIV or to remain intubated and undergo conventional weaning or pressure support. In the end, there was no difference in the primary outcome of median time until stable liberation from mechanical ventilation. Both groups were liberated at around four and a half days, which would appear short given these are the difficult to wean group.

However, the NIV group received fewer doses of antibiotics, had lower sedation requirement and had shorter stays in Critical Care. Overall, I feel reassured by this trial that early extubation is safe and no worse than leaving a patient intubated, with possibly some benefits that need further research.

Nigel’s kidneys have packed up

Blood chemistry leads to an AKI stage 3 alert flag. His creatinine has climbed despite otherwise improving. So far, he has not reached the conventional ‘emergency’ criteria for RRT: hyperkalaemia, uraemia, acidosis, fluid overload. But, if start RRT now, can we reduce the long term harm from kidney injury or should we wait and see if it gets worse?

The IDEAL-ICU trial has investigated this, and adds to the data from AKIKI and ELAIN.

IDEAL-ICU randomised patients from across France to either early RRT (at the stage of “failure” according to RIFLE criteria) or deferred (up to 48 hours after early criteria, or immediately upon emergency criteria, or not at all if kidney function improves).

The trial outcome was one of no difference though. Both groups had a median survived to 90 days of around 55%.

To me, this means that deferring is safe and may reduce resource need and potential harm to patients.

Can we prevent Nigel’s delirium?

As Nigel starts to wake up, his family ask what he will be like. We talked to them about delirium and they ask if it can be prevented. Good question! Can antipsychotics PreVent Critical Care related delirium?

The recent REDUCE trial (yet to be included in TBL’s library) randomised patients to either 1mg TDS Haloperidol, 2mg TDS Haloperidol or Placebo. The trial was designed and run well, with effective blinding of patients and staff. Whilst the 1mg group was terminated early for futility, the 2mg group was compared with the placebo. The outcome of survival, and secondary outcomes of delirium incidence and duration, were not different between groups.

So using haloperidol, or at least using it at these doses, will not prevent delirium. I often use much higher doses, but this probably induces sedative rather than antipsychotic effects and perhaps I should be reaching for cleaner drugs such as propofol for this.

Nigel survives and returns to follow-up clinic. He recounts many memories and delusions. He identifies that the sensation of being grabbed by the ankles was actually the Intermittent Pneumatic Compression devices, (Flowtrons). He asks what they were for and if it was necessary.

The PreVent trial from Saudi Arabia investigated this highly relevant question. They randomised critically ill patients already on pharmacological measures to prevent deep vein thrombosis to either additional Flowtrons or no additional mechanical devices. TEDS were not allowed. The intervention was not blinded but the trained sonographic assessors were blinded to group allocation. The outcome of DVT or PE incidence was not different between groups (~4% and 1% respectively).

This opens up an important and potentially game changing question. In a system where mechanical and pharmacological prophylaxis are usually given together, is that necessary, and can we save money and improve patient experience?

This trial is likely to change my local practice, but the question of TEDS (Thromboembolism deterrent stockings, or graduated compression stockings) is yet to be answered.

So, there you have my 6 key statements and justification.

It might appear to be a collection of “no difference” trials, but I still think we’ve made a lot of progress with recent trials. There are more knowns, but also a few more known unknowns that we now have to look at. 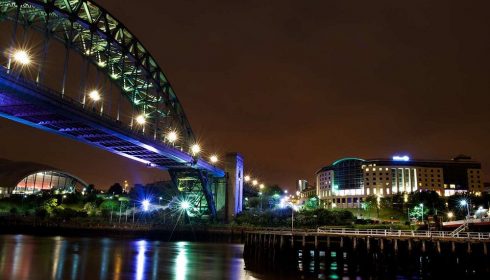 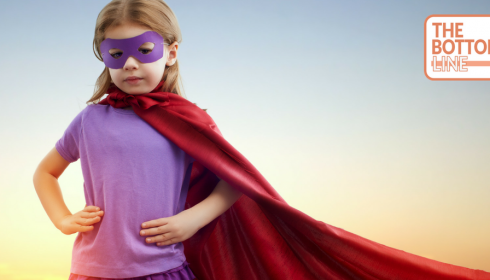 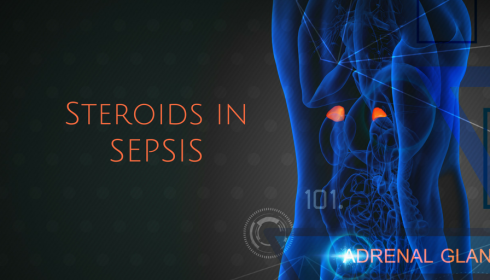